LA CHA CHA is a counterculture, romantic comedy about community, love and not
going gentle into that good night. Set on the Gower Peninsula, LA CHA CHA is the ultimate
feel-good film of 2021, at a time when everybody needs more music, laughter and
connection in their lives.

Kevin Allen (Twin Town, Under Milk Wood), wrote and filmed La Cha Cha in Wales
during lockdown, using the nooks and crannies of the 23 acre Mobile Film Studio location
as inspiration. It was also ideal for the cast and crew to isolate for the duration of the
production.

Bringing back together the entire cast of the cult classic Twin Town for this
‘companion piece’, adding a few young rising stars and some legendary Welsh cameos, the
film weaves real musical performances through a number of scenes, combined with the
original soundtrack by Mark Thomas and, of course, a few Cha Cha Chas. 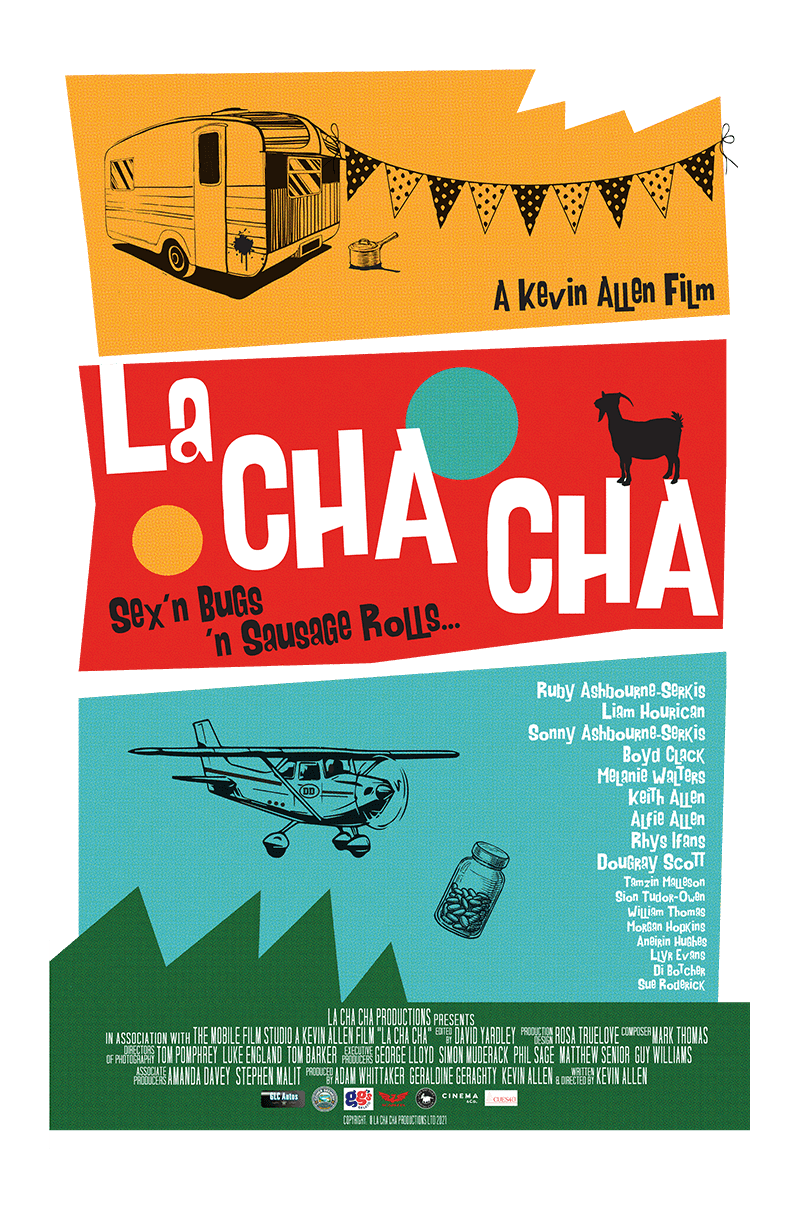